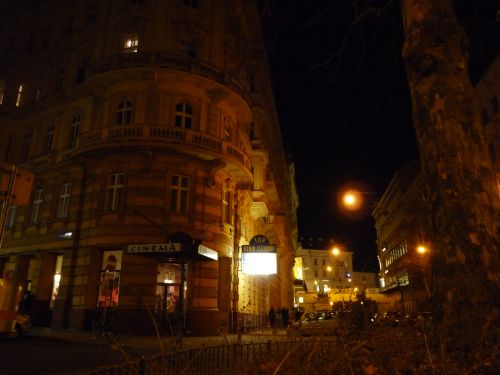 Tricky Women is a wonderfully specific annual film festival located in Vienna: the 4-day programme consists entirely of short animations by women, which I find particularly brilliant, since not only does it Venn two things I’m particularly interested in (animation of any form because it’s like art squared, and stories from women, who are generally underrepresented in the creative landscape as a quick application of the Bechdel/Wallace test to the last 10 films you’ve seen is likely to attest), not only that, it also provides a wonderful opportunity to be ostentatiously unconventional when people ask about what you did on your holidays, which would be a terrible reason to go on its own, but was a particularly enjoyable bonus for me, as for some reason ostentatious unconventionality directly supports a large part of my self-esteem.

(At this point I have to specifically thank Clare for coming up with such a brilliant idea for a holiday, and her friend Anna for making the accommodation part of the trip so fantastically simple).

Altogether, we ended up watching over 100 short animations over a 4-day period, which as we should perhaps have anticipated is quite intense, and ended up giving me the entirely novel feeling that my brain was, at least temporarily, at standing-room-only for new ideas. Brilliant.

You can get some idea of this effect from my holiday scrap-book, in which I collected together the thumbnail images from every animation we saw from the programme along with other memorabilia and self-made stickers for doing various things:

As I noted after Edinburgh International Film Festival 2010, the great thing about short animations is that in many cases you can subsequently find them online. So after watching more short animations in one weekend than I had previously seen in my entire life, It seemed like a good idea to bring together a few of my favourites.

For Pedants
What exactly does “animation by women” encompass? Specifically, what counts as animation, and what counts as “by”? The curators of the festival seemed to adopt a sensible standard for the latter, with (as far as I could tell) the primary driver of any given piece (usually the Director) being female in every case; they were on occasion rather more broad with the idea of animation. Arguably, the medium of film itself is a kind of highly-automated stop-frame animation, and so perhaps on these grounds they included things like the first video below.

Vitalic – Birds (Pleix, FR 2006, 3′)
Even though it raises questions about the consent of animals in art, and even though it’s really not an animation in any commonly understood sense, I was very glad that this was brought to my attention:

Cooking JPEG (Christa Lehner, AT 2010, 3’55)
If you want to understand the JPEG compression process, you should probably read up on that. If you just want to watch some funky animation that is tenuously related to it, you should watch this:

V Masstabe / In Scale (Marina Moshkova, RU 2009, 7’14”)
Quite possibly my favourite short from the festival. It’s got an interesting style, a beautiful story, and has lots of those magic animation moments where the combination of movement and sound is just perfect. (now embedded from Youtube – T.M. 12/01/19). If you like the first minute, you’re very likely to enjoy the rest.

Sinna Mann / Angry Man (Anita Killi, NO 2009, 19’50”)
I can’t find the full 20-minute version online, which is a shame because this was one of the most important and moving animations shown. It’s an extraordinary example of animation tackling a difficult subject in way you couldn’t do with any other medium. 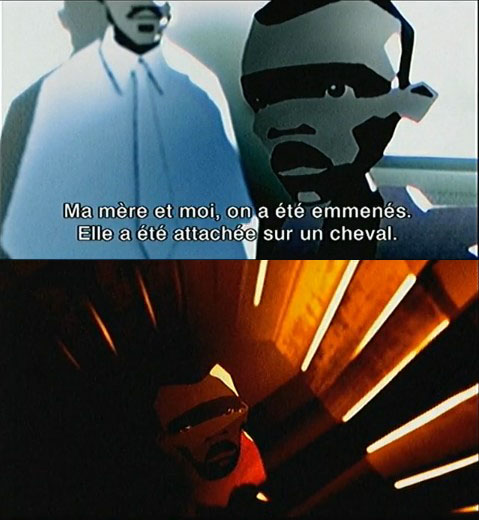 Tord och Tord / Tord and Tord (Niki Lindroth von Bahr, SE 2010, 11′)
This animation resonates with my introvert tendencies. A sly evocation of the challenges of successfully interacting with other beings. Funny and sad. Like life. Only an excerpt is available unfortunately:

Caniche / Poodle (Noémie Marsily, Carl Roosens, BE 2010, 16′)
I like animations that feel as if they’ve sprung directly from someone’s fevered imaginings; where strange techniques are deployed to mysteriously powerful effect; animations like this one:

Four Tet – A Joy (Jodie Mack, GB 2008, 3′)
Ever so often I see something that feels tantalisingly close to producing the perfect synaesthetic abstract experience. Here’s one of those – I just wish the synchronisation of abstract image with sound was more consistent and sharper:

Le Nez / The Nose (Claire Parker, Alexander Alexeїeff, FR1963, 11′)
This was like no other animation I have seen. It apparently makes use of a pinboard with hundreds of thousands of pins, which somehow reflect light with different degrees of brightness depending on how far they are pushed in (I think). Animation is achieved through painstaking incremental alterations and stop motion photography (or at least I assume that’s how it was done).

I don’t know what kind of referencing or rotoscoping tools were used or what degrees of fantastic skill were being deployed, but somehow this process produced results that in some cases look as precise as CG animation. And this was in 1963.

MISSING FROM THE INTERNET
Finally, there were a couple of animations I really enjoyed but can’t find any video footage of online, but just have to give a shout-out to.

Looking for Love (Adele Raczkovi, AT 2010, 8’25”)
A tale of a dog that loves oranges, executed through an impressive range of animation techniques, including the best abstract rotoscoping I’ve ever seen. It would be great to at least see that bit on the internet if nothing else, if Adele is listening… 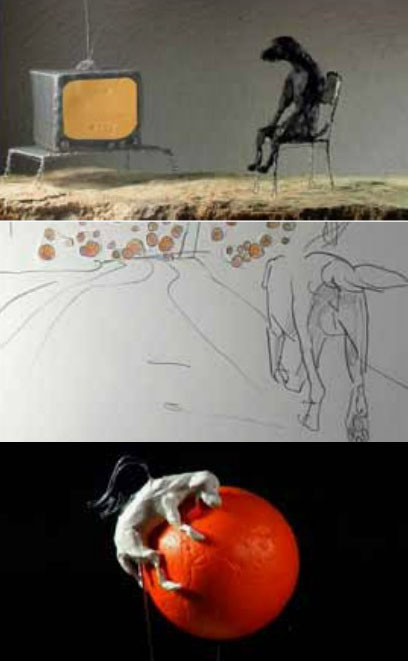 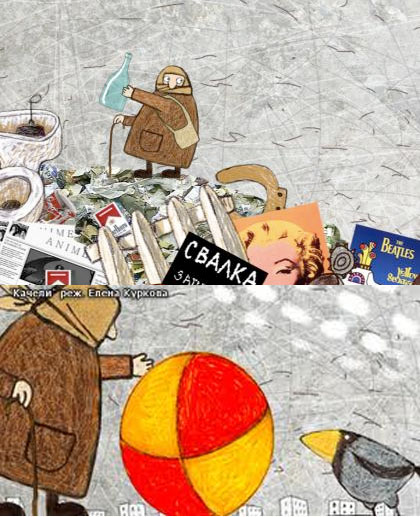