This 30-day meme I’ve seen going around seems like a nice way to try to distill some of my formative gaming experiences for posterity. Tackling them in blocks of 10 seems about right though.

1 – Very First Video Game
Terrestrial Encounter. A tiny, screen-per-level platformer, demanding some pixel-perfect jumps (or at least it felt that way), and my first experience of being disappointed by the difference between the artwork on the box… 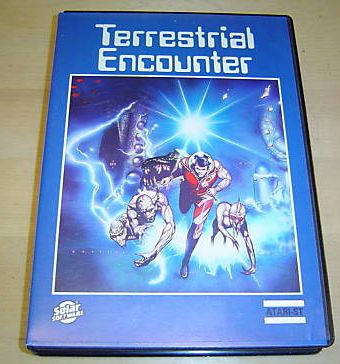 and the graphics in the game:

I didn’t know it, but I was pursuing Mastery in a distilled and abstract form. From that point on, gaming would always be a part of my life.

2 – Your favorite character
Noting that ‘favorite protagonist’ comes later, this would have to be Jam from Guilty Gear (specifically Guilty Gear X2 #Reload): 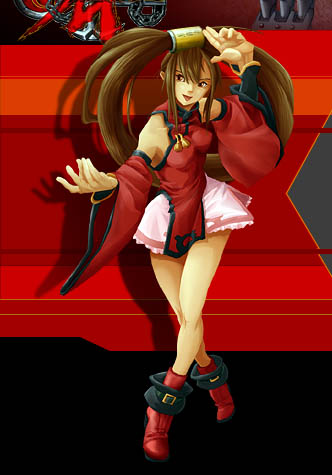 While I favour fast, agile, and usually female characters whenever such options are available, it was Jam that really pushed that kind of gameplay experience to the limit.

I was lucky enough to be part of a regular GGX2 playing community at university, with the concomitant arms-race of skills and strategies that entails, and which is surely the ideal pattern of play for a beat-em-up.

Once I got far enough along the learning curve for Jam, familiar enough with my possible opponents, and when, after about an hour of play, my brain was warmed up enough to process at the required pace, I would fall into the purest moments of videogame nirvana I have ever experienced, Observing-Orienting-Deciding-Acting in an endless loop on a barely conscious level, leveraging hours of previous experience into millisecond decisions, anticipating my opponents with an accuracy that surprised even me, stopping the final combo sequence short in order to finish them off with a gratuitous Instant-Kill, an unstoppable, insufferable cad.

Examples of the kind of thing I’m talking about (admittedly demonstrating a more varied set of skills than I had) can be seen here:

3 – A game that is underrated.
Beyond Good and Evil does well enough on standard “underrated games” lists that I don’t think it counts any more. Instead I’d like to call out Soul Bubbles for the DS. 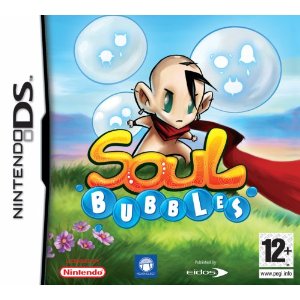 Just look at it: 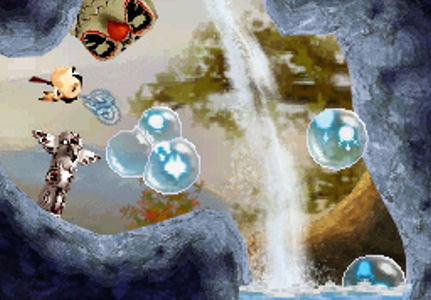 An innovative gameplay mechanic (fully leveraging the stylus input), a beautiful soundtrack that evolves naturally depending on your position in the level, graphics that are both attractive and functional, all combining to create an incredible feeling of ambient wellbeing. Until the end, of course, where things turn suitably threatening. This is a game I plan to return to every five years or so, so I can experience it almost-afresh as often as possible. 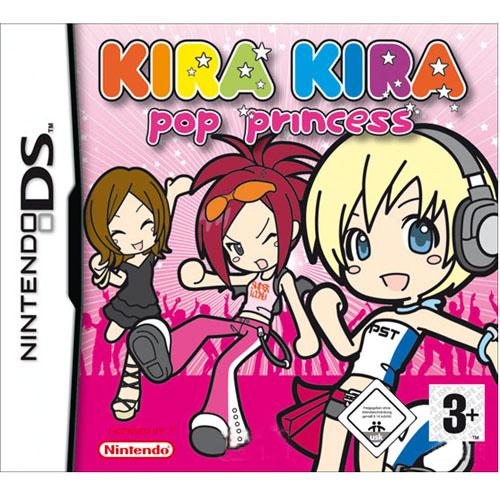 As this review says, there’s plenty of fully legitimate Good Gaming Stuff going on there, but deep down I know it’s the fact you can dance your rhythm-action socks off in order to unlock and wear so many different outfits (and later, disturbingly, faces) that keeps me coming back, overturning years of mild annoyance with games that presented different stat-boosting clothing options but refused, for understandable budgetary reasons, to actually update your protagonist’s in-game appearance.

But, er, look how innovative it is! You play it sideways and everything! 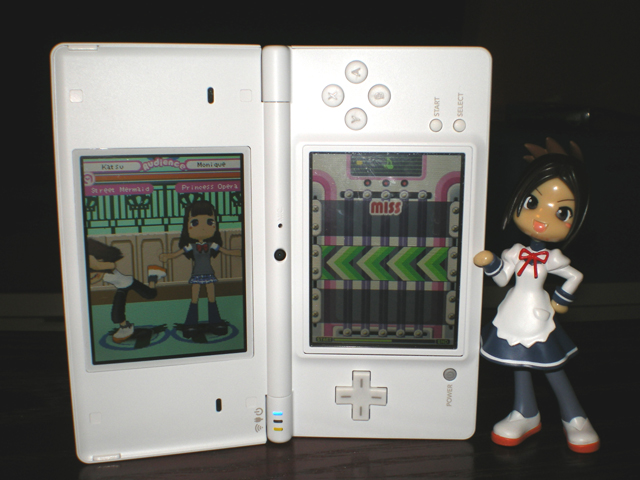 5 – Game character you feel you are most like (or wish you were).
Dr Gordon Freeman. And I’m not just saying that in an attempt to rebalance my perceived gender profile after the previous item, although I admit I’m going with the “wish you were” cop-out parenthetical here.

As an ex theoretical physics PhD researcher myself, Freeman as played in the games has the most awesome combination of being lauded for being a genius (without ever actually having to do anything mentally taxing) while in practice exploring strange new worlds and kicking ass with strange new weapons. Overlooking the fact that in practice his life expectancy is about 5 minutes, he gets a pretty sweet deal. 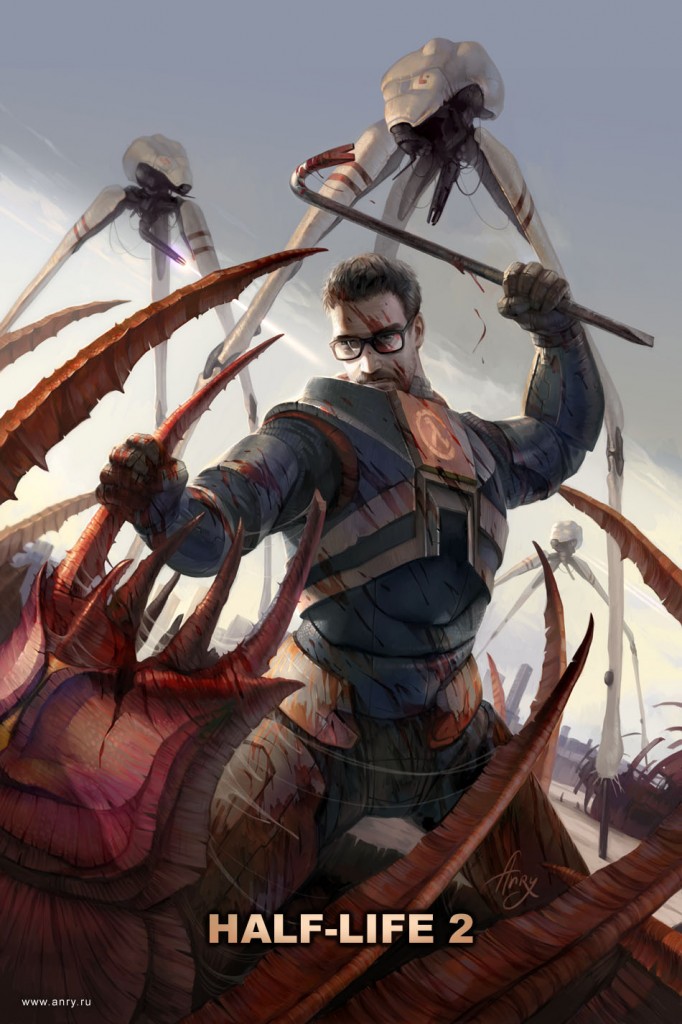 6 – Most annoying character
Out of 25 years of gaming, one character immediately comes to mind here: Ino from Guilty Gear. 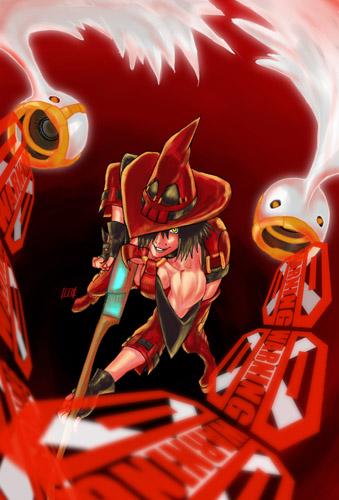 Initial frustration with Ino as the final boss in Arcade Mode eventually dissipated once I learned how to avoid her initially-impossible-seeming boss attacks and to stay out of the air. But that frustration came back with a vengeance when I decided to play for all endings for each character in Story Mode.

Each character in the game has three possible paths through Story Mode, depending on certain factors which were in some cases subtle enough that I didn’t mind looking them up online.

But in the case of Dizzy’s path 2 ending, it’s pretty clear what you need to do. After six fights with other characters, you encounter Ino with boss powers, and regenerating health. In a piece of sadistic game design that perfectly matches Ino’s character, losing this one-round fight gives you ending 1. Which means to get to ending 2, you need to win on your first go, otherwhise you must go back and fight through the six earlier characters again for another try.

For all my bragging about OODA loops and mad skillz with Jam earlier, I had an incredibly hard time with this. In the end the only solution was to bring my skills with Dizzy up to a similar level I had achieved with Jam and develop a relentless special-move-chaining offensive technique that served me extremely well in PvP battles long before I had it honed enough to finally defeat regenerating-health-boss-Ino and reach Dizzy’s path 2 ending.

7 – Favorite game couple
I’m going to completely ignore what I assume is the spirit of this question, and go with Bub & Bob: 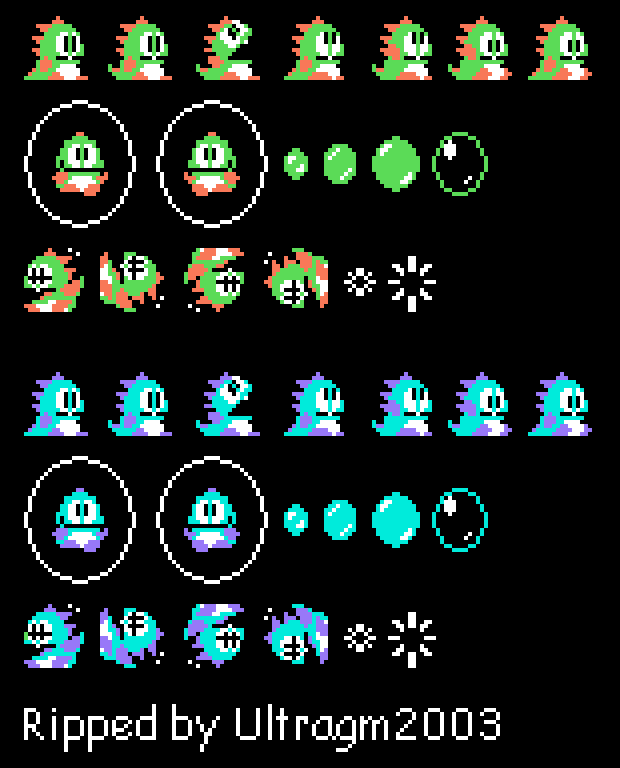 Originally on the Atari ST and later on emulated NES, this was my defining co-operative play experience. The single player version of the game isn’t even conceivable to me.

8 – Best soundtrack
For chip tunes it would be the Game Gear’s Psychic World, for atmosphere Tenchu: Wrath of Heaven, but the overall best in show clearly goes to the superbly produced Space Channel 5 part 2. For example:

The holding of hands in Ico is a really great example of the kind of magic video games can weave. It’s been a long time since I played it, but I can still remember the way the precise gameplay mechanics of that action conveyed so much about the relationship between the characters: the fact that you (as Ico) use the same button to call Yorda, reach out to her, and to take her hand, effectively making it the Yearn-For-Her-Company button; the proximity at which those different actions will trigger; the animation of mutual reaching once sufficiently close; the speed at which Yorda is willing to be dragged while clearly struggling; and the satisfying 100% reliability of hand-holding once it is achieved. 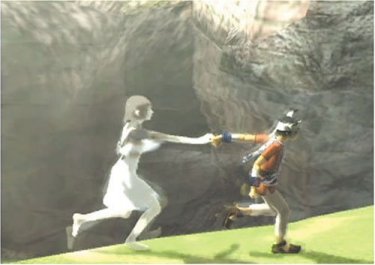 That last is particularly important when the bridge is finally reached, and suddenly Yorda can’t quite seem to hold on all the time. At first you can’t quite believe the button isn’t doing what it should do, and you immediately run back to pull her on again. Then it happens again. And even as you slowly realise quite how things have changed, at no point in this process do the actions of the characters on screen look like they are driven by a gameplay mechanic. Without realising it, you’re acting out what other games would have played as a cutscene.

That inspirational idea plays out right up to the climax of the scene, which I won’t spoil here. But I think it’s precisely because of the way so much of this key scene is executed with gameplay rather than a cutscene that it succeeded in affecting me emotionally, which virtually no other game has done.

10 – Best gameplay
That’s a tough one. Initially I think of Guilty Gear X2 #Reload, which had such an amazing learning curve across so many characters and produced so many wonderful pure gameplay moments. But it’s hardly elegant.

Tenchu: Wrath of Heaven worked well for me in the sense that a relatively small range of possible actions nonetheless felt convincingly like I had all the options of a sneaky ninja at my command, and even though I played it to death I’d still be finding new ways of combining those moves. But still, when I look back now it seems quite simplistic.

I don’t imagine many would agree with me, but I’m going to go with Mirror’s Edge. There’s a truly elegant control system at work which uses the context of your surroundings (and, as I eventually realised, which way you are looking) to map buttons for “jump”, “upwards”, “downwards” and “turn” to appropriate parkour moves. But the importance of exact timing combined with the strategy around choosing a route created one of the most enjoyable learning curves towards mastery I’ve ever climbed.

Unfortunately anyone that simply completed story mode will, if they’re anything like me, only have seen the earliest part of that curve, as it took me about that long not to die an embarrassing number of times every minute.