I’ve spent years trying to work out different ways to motivate myself to do the things I want to achieve in my spare time – draw comics, back up my data, or write things such as this blog post – instead of just reading stuff on the internet, or gaming. As it turns out, stickers are a good solution.

Back in 2006 when I was still playing Puzzle Pirates – an MMOArrPG – an update to the game introduced ‘trophies‘: virtual icons viewable on your public profile page that were awarded if you achieved certain things within the game.

As an open-ended game that supports a wide range of playing styles, players had always needed to set their own goals. These trophies recognised the kind of things people were doing, while also providing a lasting record of achievements, so they were highly motivating.

Years later I got a Playstation 3, which also has a trophy system (after the XBox’s “Achievements”). Once again I was amazed at the way these influenced behaviour – for each game you play, a percentage of the trophies unlocked is listed, making 100% a particularly compelling goal.

I decided to try out a similar system for a planned two-week holiday with a friend at the Edinburgh International Film Festival 2010. We thought of things we wanted to achieve across four categories; I then designed stickers shaped to correspond with these, with a blank space to draw in an image that corresponded with a specific achievement: 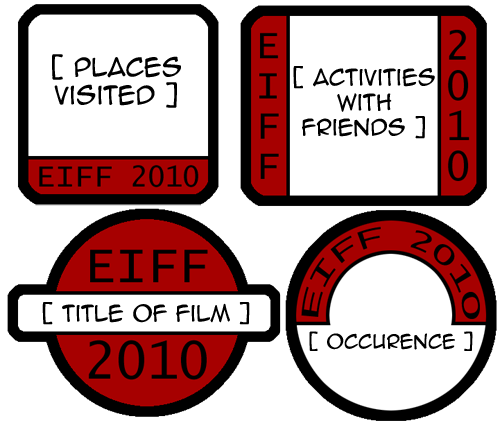 Finally I bought a lovely ‘paperblank‘ book to put the stickers in: 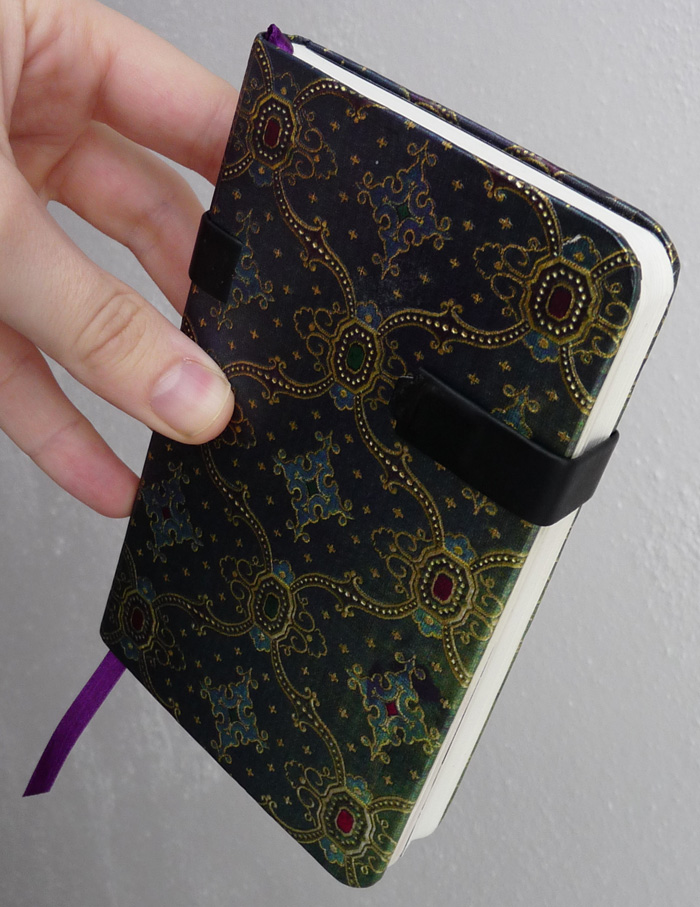 The idea is so simple, it seems very close to being pointless: if we did one of the things we made up a sticker for, we got to stick that sticker in the book. However, one difference was clear right away: a collection of stickers showing possible activities is a lot more inspiring than a more straightforward schedule of activities – although one of these was necessary in order to co-ordinate the movie-watching part of the holiday:

Just as the trophies in Puzzle Pirates typically encoded the type of objectives players were working towards anyway, it’s not clear why this should make a difference. But there is a reason these systems have been invented: by making an abstract goal more concrete, and by making the achievement of it shareable, the motivation to pursue it becomes dramatically stronger. I also took advantage of the book to compile other ephemera from the visit. You can see a few of the 18 pages we eventually filled below:

So what difference did it make?

As noted in the caption for the picture above, there was an undeniable compulsion to make time for activities we had thought of at the start of the holiday, simply because the sticker existed. Climbing Arthur’s Seat is a rewarding activity (enabling you to get photos like the one topping this blog), but the initial climb is enough to put one off making the effort. This sticker made it happen.

On other occasions we would have some time between movies, and look to the collection of unused stickers for ideas of what to do. Simply having the options available presented in this way made our ad hoc planning more efficient.

We also had a set of stickers for recording things out of our direct control that occurred while watching the films: a baby crying, someone heckling the action, a film passing the Bechdel/Wallace test, or a film that made us laugh, to name a few. This had one particularly fascinating effect: when a mobile phone went off during one film, I actually experienced a feeling of elation, since it meant I got to put the corresponding sticker in the book.

Finally, as you can see from the above, it means that after the holiday is over you are left with a really nice memento of all the things that happened. Now I’m excited about going on more holidays, and eventually filling the book.

In summary, this simple mechanism made everything about these activities – planning them, taking part in them, and looking back on them afterwards – more fun and rewarding.

And this is just the beginning.